firebase116.org »
They Did Their Share
By Joanna Fuchs
On Veteran’s Day we honor
Soldiers who protect our nation.
For their service as our warriors,
They deserve our admiration.
Some of them were drafted;
Some were volunteers;
For some it was just yesterday;
For some it’s been many years;
In the jungle or the desert,
On land or on the sea,
They did whatever was assigned
To produce a victory.
Some came back; some didn’t.
They defended us everywhere.
Some saw combat; some rode a desk;
All of them did their share.
No matter what the duty,
For low pay and little glory,
These soldiers gave up normal lives,
For duties mundane and gory.
Let every veteran be honored;
Don’t let politics get in the way.
Without them, freedom would have died;
What they did, we can’t repay.
We owe so much to them,
Who kept us safe from terror,
So when we see a uniform,
Let’s say “thank you” to every wearer.

CAMP PENDLETON, Calif. — Navy Secretary Ray Mabus honored a Worcester, Mass., man and three other members of a Marine special operations team Monday in a rare public ceremony for those who have served in the covert forces.

Worcester the Navy Cross, the Navy’s highest honor and the military’s second-highest honor, for tending to the wounded while guiding the platoon to safety during an ­attack in Helmand Province in Afghanistan in July 2010 that spanned two days.

Three others on his team, includ­ing a Navy corpsman, were given Silver Stars.

Often the heroic actions of those on special operations teams are known only to each other and the leadership because of their covert work on classified missions.

‘‘This is a chance to recognize people who don’t get recognized much,’’ Mabus said.

Soutra was a canine handler with a Marine special operations team when they were ambushed.

After the team’s assistant leader was fatally wounded by an enemy explosive during the ambush, Soutra jumped ­into action, repeatedly running into the line of fire as he helped ­direct troops to defend themselves and fight off the enemy, Mabus said.

At one point, the 27-year-old Marine placed a tourniquet on a wounded commando, before dragging him to a ditch for cover. He worked tirelessly for more than an hour after the initial blast and helped carry casualties through the sporadic gunfire, officials said.

His military dog stayed attached to his side during the ­ordeal. The dog had to be put down more than a year ago ­because it had cancer.

The four men called it a horrible day because they lost their element leader, Staff Sergeant Chris Antonik.

‘‘Every day I think about Chris,’’ said Soutra, calling him a close friend and great warrior.

Soutra vowed to try to carry on as the kind of warrior who would make Antonik proud.

The USO Wishbook is an alternative giving catalog. The gifts you purchase from the USO Wishbook allow you to recognize a special occasion while directly benefiting troops and their families.  Click here to support our Troops this Holiday Season, or click the graphics above or below.  (secure site). 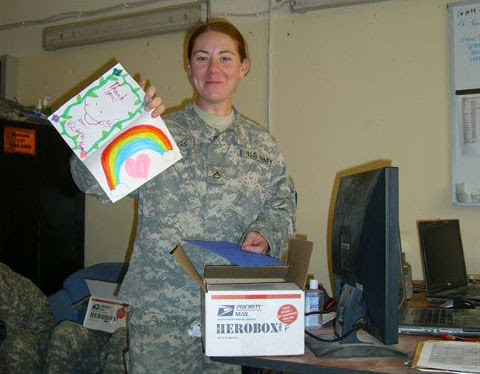 HeroBox is a 501(c)(3) non-profit organization that supports deployed American service members by providing the physical and moral support our heroes need while they are away from home. We are able to achieve this mission through programs that are designed to engage America’s greatest resource, the people.

In 2007, Specialist Evan Housley was deployed to Taji, Iraq with the 25th ID. Early in his deployment, Evan noticed that a lot of service members were not receiving any support from home. He also realized that deployed service members have specific needs depending on their gender, location and a variety of other factors. The typical care packages are generic and don’t always provide the items our heroes need.

Evan discussed this with his brother Ryan and together they developed a web platform that connected the American people with their heroes instantly online. Thus giving service members the ability to request specific items and providing Americans with a way to directly support the troops. HeroBox.org was launched in May 2008 to support the brothers’ vision. HeroBox now has sponsors and volunteers in every state who help support thousands of American heroes annually.

Visit HeroBox by clicking here or on any of the graphics. 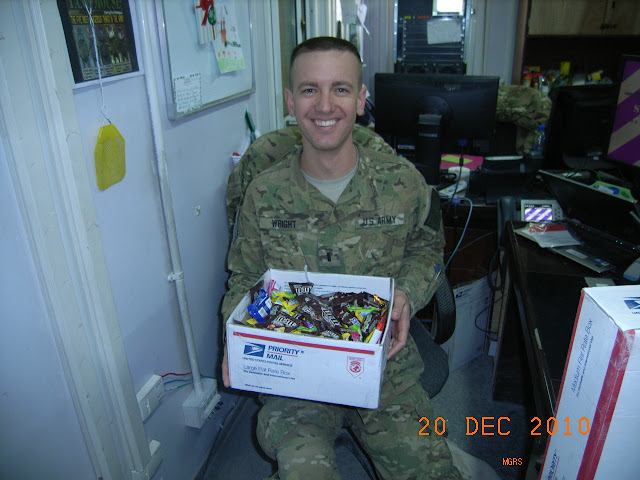 A Million Thanks is a year-round campaign to show our appreciation for our U.S. Military Men and Women, past and present, for their sacrifices, dedication, and service to our country through our letters, emails, cards, and prayers.

Please visit www.amillionthanks.org or click any one of the graphics on this page.